The Village of Tarbert

It is likely that the original settlement would have been close to, and west of, the Castle, on the high ground above the sheltered anchorage.

The village, as we know it today, developed from the 19th century, when the engineer Thomas Telford (1757-1834) improved the harbour, and fishing became the major industry still sustained today. 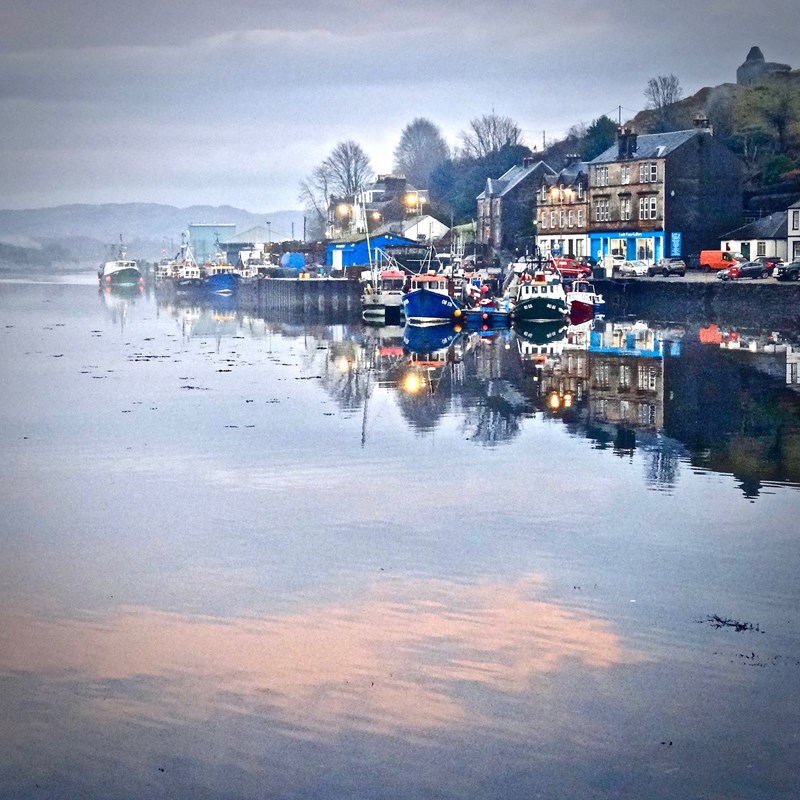 The setting of a village clustered around a busy natural harbour creates a picturesque location, now given Conservation Area status to protect the vernacular architecture and unique appearance of the horseshoe shape of Telford's harbour wall.

Loch Fyne has a long history of fishing, and Tarbert's harbour has been, and continues to be, an important base for the industry.  The modern fish quay and active fishing fleet enliven the village atmosphere, in addition to providing essential employment.

Many fishing boats were built in Tarbert, but sadly that is no longer a viable industry.  However, two historic craft  -  one over a hundred years old, and the other a replica of a Loch Fyne skiff and built by local children  -  can be seen moored opposite the Victoria Hotel. 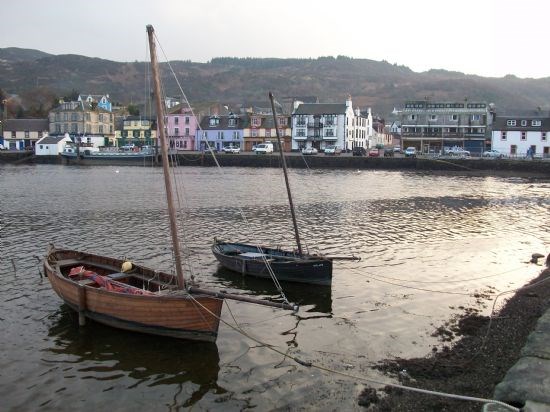 At the end of the 19th century, the harbour would have been home to many similar boats.

Today, the harbour serves also the leisure industry, with boat moorings and pontoons.

The Buildings of Scotland - Argyll and Bute (Frank Arneil Walker)

Tarbert's present-day Harbour Authority has provided visitor information boards around the harbour, which provide historical detail about the village, the harbour, fishing, and steamships using the East Pier, in addition to village walks and wildlife.

To accommodate the visitor, Tarbert offers a variety of hotels, B&Bs, self-catering properties, caravan sites and lodges, and glamping pods  -  in or close to the village.

Galleries and shops, clustered around the picturesque harbour, provide opportunities to purchase gifts and essentials.  Keep an eye open for the various exhibitions, dances, and other entertainment, which take place at the Village Hall in Campbeltown Road, the Templar Arts and Leisure Centre (TALC) in Harbour Street, the marquee at the yacht pontoons, and local pubs and hotels.